Experts in Arkansas believe the unemployment rate can decrease with more job growth across the entire state if there was less extensive occupational licensing laws and regulations. A Heritage foundation study revealed that the average Arkansas family spends more than $700 annually on licensing--an added cost that often limits the number of workers small businesses can afford to hire.

The state has stayed under the national average, however, over the past decade. The economic outlook is good for the workforce in 2017. See current employment numbers below, to get an idea which industries are steadily growing over time. 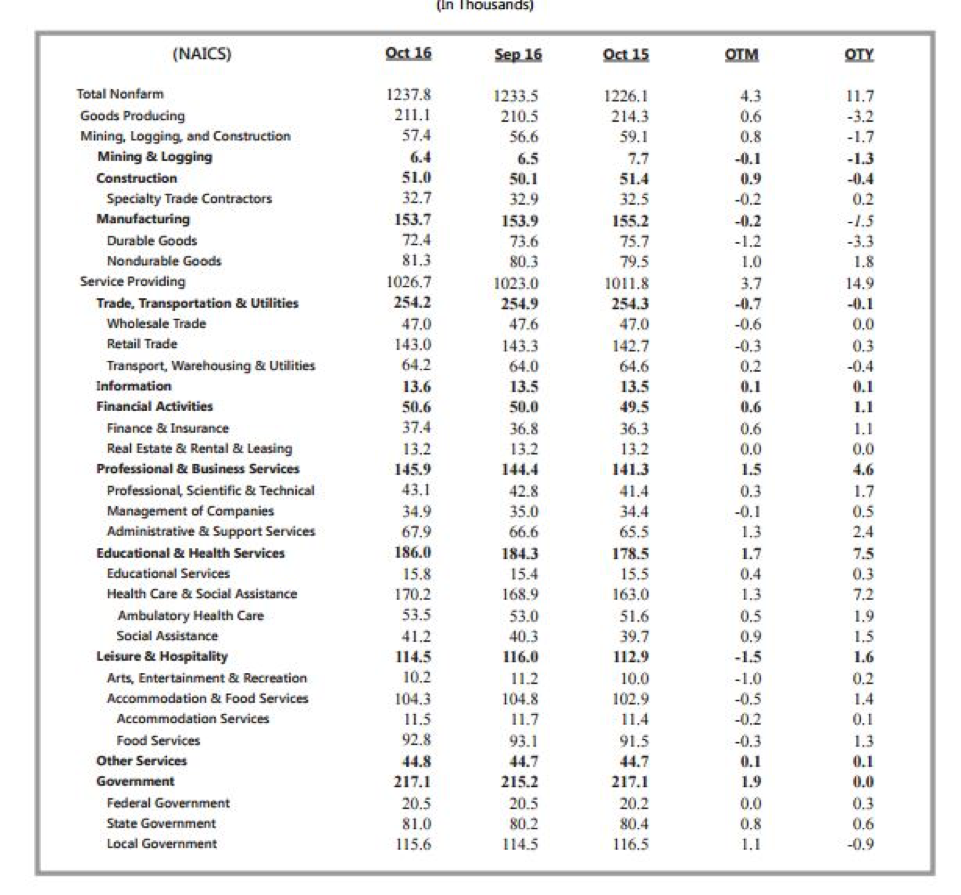 You don’t need to be a statistician, or even fully understand what all the numbers and percentages mean, to use Employment and Labor Statistics to your advantage. The US Department of Labor Bureau of Labor and Statistics breaks down employment activity by industry, allowing you to see which occupational categories are producing the most employment opportunities. This is especially valuable information when you are seeking to reenter the workforce.

For more information and resources on labor statistics and news, visit the Department of Labor Bureau of Labor and Statistics Arkansas Economy at a Glance. There is a wealth of information for you to explore on this site that may be valuable to helping you find the best employment in your area.

Arkansas Unemployment in the News

The median income throughout the nation rose 5.2 percent from 2014 to 2015, but only 1.7 percent for Arkansas. However, the state announced September 2016 that state employees are expected to receive a one percent income raise in 2017. With the current state of the Arkansas economy, experts and residents are skeptical if state employees and officials should get a pay raise at all.

There are signs, however, of potential economic growth for the state. For example, Arkansas signed a memorandum of understanding with Suzhou Tianyuan Garments Company to invest $20 million in a location for a new factory, which will bring employment to more than 400 workers. Tianyuan makes about 90 percent of Adidas apparel. Sun Paper also announced that it will bring a pulp factory to the state that will create about 250 more jobs. The average wage for both factories is expected to be about $14 per hour.

The jobs projected to be most in demand in 2017 are nursing, heavy equipment and trucking, and retail sales, according to Career Watch in Arkansas.