To qualify for unemployment, you must:

Benefits are not based on need, but on your earnings during the base period. The more money you made during your highest quarter, the more your weekly benefit amount will be until you reach the maximum. The base period is defined as the first four of the last five completed calendar quarters immediately preceding the date of your initial claim for unemployment insurance benefits.

Independent contractors are not eligible for unemployment benefits. If your employment meets the following terms, you will not qualify:

The best way to determine if you are eligible for Nevada unemployment insurance benefits is to apply with accurate information.  There are no penalties to workers who file claims that are ultimately denied.

To meet the work eligibility criteria for Nevada unemployment benefits, you will need to:

The monetary qualifications for unemployment in Nevada are fairly forgiving. To qualify under the wages eligibility criteria, you must have: 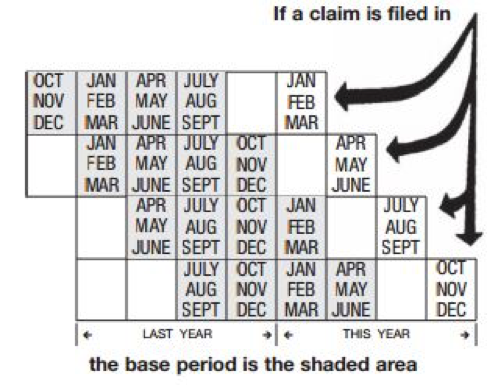 Nevada currently offers up to 26 weeks of unemployment. You will lose some of your benefits if you get a part-time job. Each week that you report earnings, your Weekly Benefit Amount will be decreased by 75 percent of the wages you have reported.

Nevada has no provisions for unemployment extensions in Nevada, even though the state is experiencing a severe unemployment problem. The federal programs, the Emergency Unemployment Compensation and Extended Benefits, which offered extended benefits in times of crisis, were discontinued in 2012.