As of August 2016, Minnesota’s seasonally adjusted unemployment rate is 4.0 percent, almost 1 percent less than the national unemployment rate of 4.9 percent. Over the past year, job growth was steady in 7 of the 11 major sectors, with 40,620 new jobs and 40,302 new jobs in the private sector, many of them in construction, education, healthcare, and leisure and hospitality.

In contrast, the logging and mining industry fell 15.9 percent over the year, and the information technology (IT) sector is down 4.1 percent from last year. Job growth increased 1.4 percent over the past year, just under the national rate of 1.7 percent. 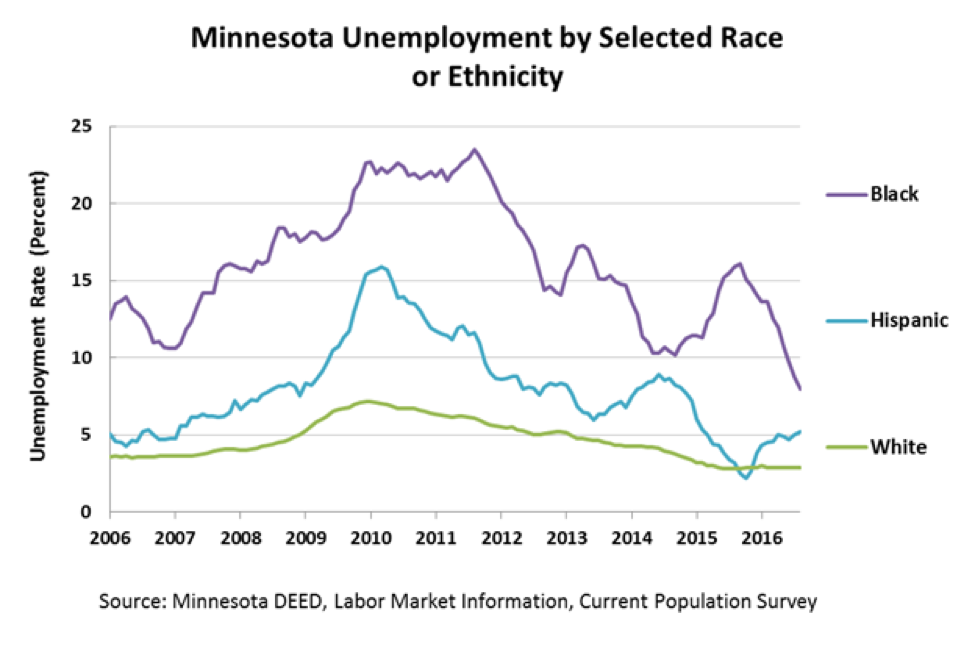 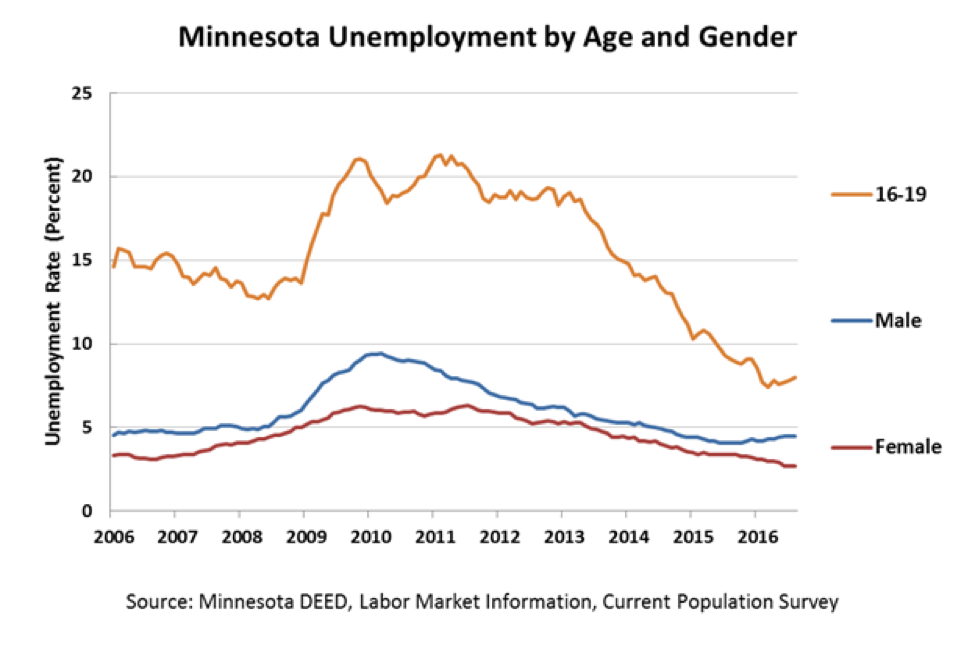 Why Unemployment Data Are Valuable

Minnesota Unemployment in the News

In early 2016, Minnesota’s unemployment fund reached federally recommended levels for the first time ever, but it’s unclear whether or not it can be sustained. After reaching the benchmark set by the U.S. Department of Labor, Minnesota politicians passed a measure that would return a total of $258 million to employers who had paid taxes into the fund. It would refund unemployment insurance fees in the future, whenever the fund exceeds the federally recommended level. Even though Minnesota’s unemployment fund is in better shape than two-thirds of other states, keeping it that way requires foresight and preparation.

The fund is projected to increase by $1.8 billion in 2017, even with the refund to businesses, and there’s a strong push at the Capitol to avert future unemployment tax cuts that would take the fund below the federally recommended level.

Although the statewide unemployment rate has improved, not all communities have taken part in the economic recovery. The mining and logging industries, a major employment sector in Minnesota, are experiencing major job losses. In fact, many unemployed workers in towns like Brainerd, Hibbing, Bemidji, and Albert Lea are being forced to look for work in other states. While the current recovery may be evident in metropolitan areas, suburbs, and vacation destinations, many regions of the state remain stuck in a recession.