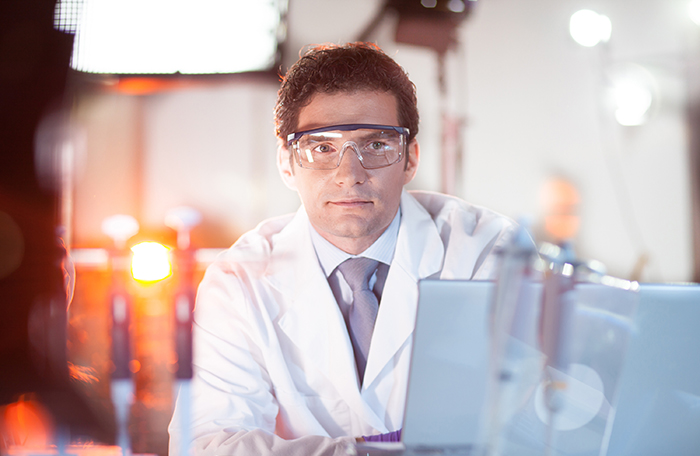 Like all STEM areas, the field of physics is expanding and receiving more government funding due to it’s importance to technological advancement. Graduates will find a wide range of physics jobs open to them, some of which will require further study. Salaries are healthy in most areas, with many commanding competitive pay, with a median annual wage of $106,840.

If you’re looking for a career and love science and math, you might want to search for physics jobs. Here are the most common physics jobs as well as a look at the industry, training, and top employers in the field.

Most Common Job Titles and Descriptions

Astrophysicists study star systems and interstellar material, applying the laws of physics to get a deeper understanding of the formation and behavior of different astronomical bodies. Their research has applications in space travel.

Teachers are in demand in STEM areas, especially in physics. Physics teachers are responsible for teaching the basics of the science behind the way the universe works, including the properties of metals, electricity, forces and mechanics.

Geophysicists investigate the properties of the earth by taking measurements and applying physical theories. Branches of geophysics include seismology, hydrology, and geodesy (the study of the world’s gravitational field). Geology has wide ranging applications in archaeology, city planning, earthquake studies, and civil engineering.

Nuclear physicists study the components, behavior and structure of the atom and its subatomic particles. Nuclear physics has applications in many other fields, including medicine, archeology, energy, and analytical sciences.

Industrial physicists work within a wide range of industries including mining, drilling, energy production, and food tech. Physics also provides a solid background for many areas of engineering, and many physics trained graduates will end up working in industrial roles that encompass more than one field.

Average Salary: Varies depending on industry

Physics jobs are expected to grow by 10% between 2012 and 2022. The federal government is projected to continue to increase funding in this area, painting a bright future for physics graduates, especially those hoping to carry out research with national laboratories, colleges, and universities.

Physics is a complicated science, and graduate entry-level positions require at least a bachelor’s degree in physics. Many also require master’s degrees or Ph.Ds, especially for those who plan on going into research. A number of grants and scholarships are available to gifted students. Almost one third of physics students double major with math, which plays a fundamental role in all physics disciplines. Many pursue further study as part of a research project within their chosen institution. Many students also enhance their education with a year in industry.

Physics jobs fall into three main categories - government, industrial, and university. Those with a head for research tend to stay within the university or government sector, working on a variety of useful research projects in their field. Industrial physics roles include mining, energy production, optics (the development of lenses and microscopes), medicine, and computer science.

Top US Employers in This Field