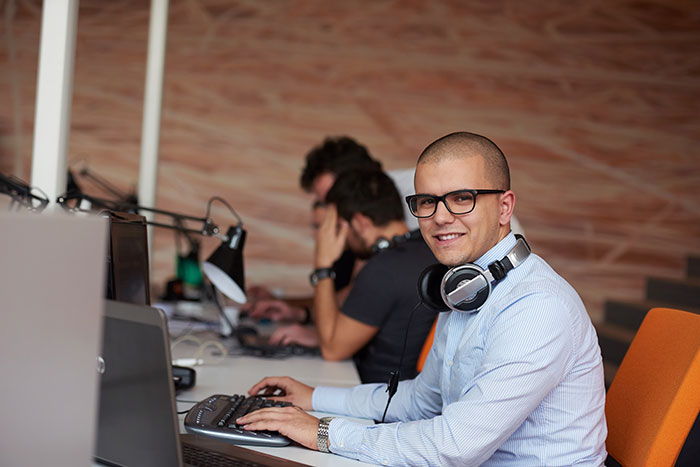 Software developer jobs are also good careers to pursue if you enjoy working from home, as many independent developers work remotely, either independently or as part of an online team.

Here are some of the common software developer jobs as well as their job titles and descriptions.

Web developers design, create, and maintain websites. They make sure their sites perform well and can handle the required capacity, and may also create content or graphics for the site.

Software engineers design and create software products. These may be produced in-house in a range of industries and organizations, or they may work for companies providing specific programs to a range of businesses. As well as creating applications they also maintain them, provide support, and create updates and patches.

Senior software developers generally lead a team of people working on high level projects in a range of industries and organizations. They will oversee the design, development, and implementation of new software applications, as well as spearheading their ongoing maintenance and testing and managing their team.

UI developers create the user interfaces that enable the use of software applications. These interfaces are what you see when you click on a mobile app, use an operating system, or play a video game, and their design and functionality is an extremely important part of software design.

The increased need for software solutions has seen an increase in the demand for software developers, and their employment is projected to grow 22% between 2015 and 2022. Software is becoming more widely used in all areas, as the use of the internet becomes more and more ubiquitous. The increasing popularity of the games industry, which has replaced the movie industry as the world’s number one entertainment provider, and the increase in smartphone use in developing countries has increased the demand for software developers.

Software developers may find employment in many different sectors, including:

Many software developers choose to freelance on a variety of projects specific to the languages they use, or start independent companies offering software solutions.

Top 10 US Employers in This Field